Migraine associated with concussion appears to be more prevalent among young athletes than is currently recognized, recent new studies suggest. 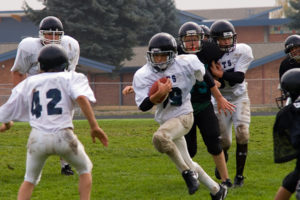 In the first of the studies, Tad Seifert, MD, a neurologist at Norton Healthcare in Louisville, Kentucky, studied 74 high school football players from six nearby high schools.

“The elephant in the room is whether there is some influence of contact sports and the development of frequent or chronic headache later in life. And if so, how much?” Dr. Seifert said in a New York Times article that referenced the study.

That article also notes Dr. Seifert conducted a similar but larger study on more than 800 Division I athletes. That study, due out this spring, had results similar to the high school study.

He added that he is concerned with studies showing that migraineurs are more susceptible to concussions and take longer to recover when the concussions occur.

“We know that the migraine brain is just wired differently,” Dr. Seifert said. “And we know that it’s a brain that is hypersensitive to external injury. And those pain receptors that are in overdrive — it takes that much longer to calm down and return to baseline.”

In the second study, Devon Cohen of the University of Miami Miller School of Medicine and Frank Conidi, DO, MS, of the Florida Center for Headache & Sports Neurology, evaluated 25 patients between ages 12 and 19 who had sustained sports-related concussions.

They found that all of the patients experienced headache after the concussions, and 80% reported that the headache worsened throughout the day, particularly with physical and cognitive activity. The predominant type of headache reported was migraine.

“In light of national concern about concussion in young athletes, more studies are needed, but our work shows that migraines are very likely associated with concussion, even in athletes for whom return to play was delayed,” Dr. Conidi said in an American Headache Society press release.