(Brought to you by news36.com) 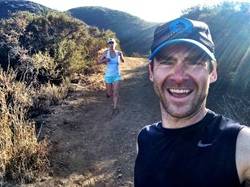 A UCLA professor of neuroscience says that exercise – not your morning crossword – is the key to brain function. Lauren Lobley has the scoop.

No one wants to age. We’re all fighting it. Yet with every bite of a donut, beat of a heart, inhale of a breath, and sagging of what used to be a firm body part, we cannot fight the inevitable:

And along with aging traditionally comes the loss of cognitive function.

Some of us are, understandably, so determined not to lose our memories and smarts that businesses like Lumosity and shows like Brain Games are slowly but surely gaining market share.

But what if we told you that instead of spending your mornings with the toughest Sudoku you can find, that actually, heading outside for a workout would likely be most beneficial to your aging brain?

According to an article by Rachel Feltman at Quartz entitled Gym workouts and sunbathing do more for your brain than crosswords and Mozart, swapping out your morning crossword for a run outside will actually make you smarter.

“Doing puzzles and listening to classical music might improve your concentration momentarily, but they don’t actually make you any smarter. That is, they don’t improve your long-term brain function, according to The Economist’s interview of Nicholas Spitzer, a professor of neuroscience at the University of California and editor-in-chief of BrainFacts.org.

“Let me dispel a brain development myth,” Spitzer told The Economist. “Many people think classical music is going to enhance brain function (the Mozart effect) or playing particular games sharpens one’s cognitive function. These theories have been looked at in detail and they don’t stand up. It is disappointing in a way, but what we have learned is that exercise is the key thing for brain function.”

The article goes onto explain that, in fact, exercising outside is the best bang for your buck, because environmental factors trigger your brain to either use more, or less, energy. According to the study cited in the article, staying indoors tells your brain to use less energy, whereas going outside tells it to use more. And with more energy comes more and better brain function.

As such, not only does exercise increase energy, but so also does being outside. This magnificent duo, in turn, makes you smarter.

Are you ready for a trail run yet? Perhaps at least a jog around the neighborhood?

Hold on there, speedster. Before you lace up those runners, put down those pencils and quit your subscriptions to Nat Geo and Lumosity, you should know that, like any balanced diet, exercise isn’t the only ingredient in the brain function recipe.

Doing brain exercises and crosswords will still help to restore the brain synapses that have apparently been declining since you hit your 20s, as well as to increase verbal aptitude.

And there are other factors affecting brain health too, including consuming a healthy diet, maintaining healthy cholesterol levels and blood pressure, and getting plenty of sleep.

It’s certainly a mixed bag, but if nothing else, make sure today is the day you get outside and get moving. It just might help you get smart(er). Photo courtesy of the author