In the last post we covered the basics of concussions. We discussed the in’s and out’s of the immune system, inflammation and the real danger of injuries, or further inflammation after a concussion, and the downstream effects of gut function through the vagus nerve. We talked about how one person might recover from a concussion better than another person and why. 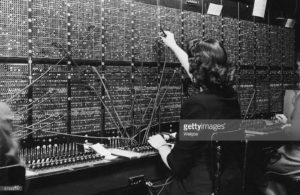 100% of the people we see with concussion think that the areas of the brain involved in are the areas of the skull that was hit like the frontal lobe or occipital lobe. While that might be true to some extent, the majority of the damage appears to occur deep in the brain, in the cerebellum, the brainstem, and basal ganglia. What’s even more interesting is that symptoms directly reflect these areas that are involved and their downstream counterparts

The cerebellum is the “little brain” that is located at the lower/backside part of the brain. It interacts with almost every single neurological impulse going into or out of brain. I refer to it as a switchboard for all nerve impulses.

The main job of the cerebellum is to provide functions of coordination of movement and thoughts, speech, facilitate learning, provide balance, provides control over steady, slow, and fast eye movements, and promotes good muscle tone in the spine and throughout the body.

Think, if one signal isn’t going to the right place, then another, and another will receive improper information, and the whole system will begin to breakdown. When I say the whole system, I am referring to the symptoms that result of breakdown of the cerebellum as follows:

We will dive into the different parts and functions of the cerebellum on a different post, so you can start to recognize if you have a problem in a specific area, or a global one.

What do you do when the cerebellum begins to breakdown?

First, did you know that the cerebellum and basal ganglia are the 2 most metabolically active areas in the brain? What this means is that those two areas begin to breakdown and produce symptoms when someone isn’t eating right, when someone drinks too much, when they have anemia, insulin resistance, B or D vitamin deficiency, elevated homocysteine levels, elevated hsCRP and other inflammatory markers, infection and thyroid abnormalities and autoimmunity.

In saying this, it’s to shed light on the fact that there’s almost always an underlying issue that can be optimized in order improve the function of the cerebellum.

For physical rehabilitation of the cerebellum, we perform large number exercises and therapies to improve cerebellar function. We often start with movement. Simple movement activates muscles (muscle spindles and golgi tendon organs) that travel up the spinal cord and into the cerebellum where it’s integrated before being sent to the parietal cortex. Specific balance exercises, eye exercises, rotational exercises, cognitive, speech, soft tissue therapies, adjustments and other digital and electrical neurostimulation can activate and improve the cerebellum.

If you think you know someone with cerebellar problems, a TBI, or balance problems, send them our way.